The drilling pipes (figure 1) are usually produced from extra strong grades of steel, the high mechanical properties of ones are provided by intensive alloying and hardening of the metal. The Metalurgists are knows that the higher the degree of hardening the more unstable state of metal structure is obtained, so the faster its degradation occurred. So, using these goods in operation, particularly in hard conditions, the state of their metal requires more attention. 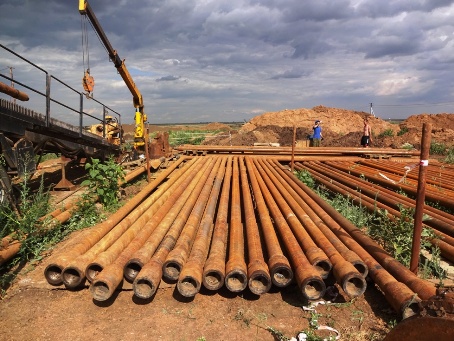 The metal hardening is always brings secondary effect: the metal becomes more fragile. Critical state of metal in goods made from convenient grades of steel result to appearance and slow growth of cracks, which are detected basically by convenient flaw detection techniques.

Situation with drilling pipes is quite another! Initially fragile metal when the critical state is reached would be instantly destroyed, with no gradual cracking. So, the flaw detection techniques are simply can not get it in time.

Potentially dangerous areas of metal, appeared before the destruction will begin soon, are easily detected in the early stages by IN-01m and IN-02

Inspection of each pipe is usually produced separately from other; by the way of scanning its surface on three equidistant generating lines, as shown on the figure 2. All procedure requires only no more than 5 minutes; including rolling the pipe over for angle 120 degrees (should be done twice), so inspection of eighteen pipes presented on the figures 1-2 required less than a half of work day of time. 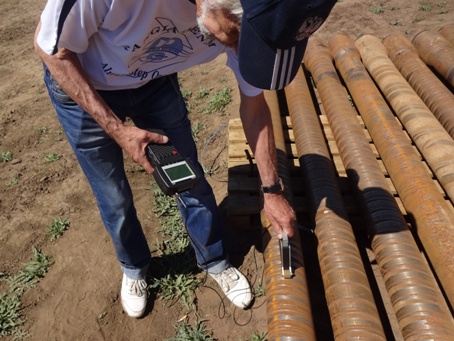 Usually the areas with high stressed state of metal are detected closely to threaded locks on the ends of drilling pipes (figure 3a); areas of stressed metal in the middle part of pipe (figure 4a) are raised quite rarer.

In result of electromagnetic treatment of drilling pipe area detected for 3 minutes the distribution of mechanical strain of metal became almost flat (see to record of IN-02 indicator readouts on the figure 3b).

Generally the average level of metal stressed state after electromagnetic treatment heightened for more than 15%. It means that the relaxation of metal stress concentration detected is provided at the expense of its redistribution more uniformly on the all length of drilling pipe.

It is obvious that after several cycles of work and recovery of drilling pipe the common level of metal stressed state should reach inevitably the critical state, and at long last the pipe will have to be paid off. Because the electromagnetic treatment of metal extends significantly the residual service life of drilling equipment.

Fig.3. Stressed state of drilling pipe number 43ХХ inspected by IN-02 indicator before (a) and after electromagnetic treatment of metal (b) 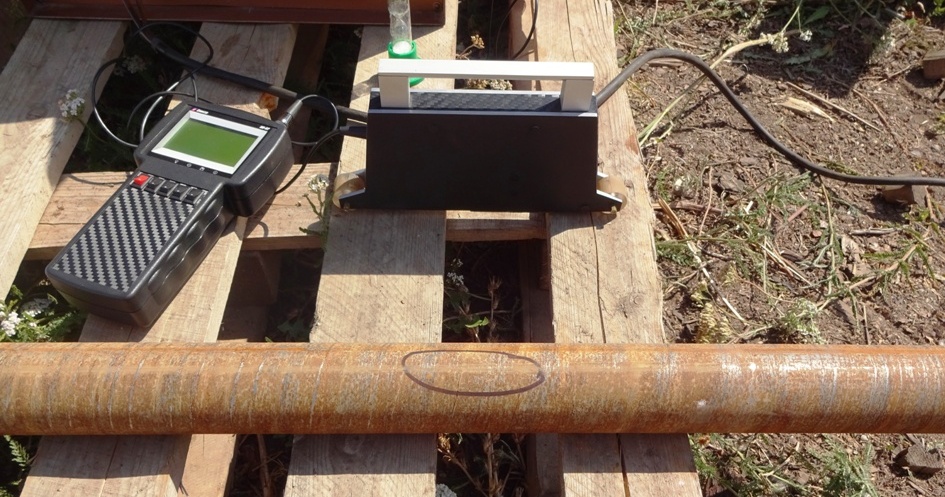 Fig.4. Stressed state of drilling pipe number 48ХХ inspected by IN-02 indicator before (a) and after electromagnetic treatment of metal (b)

On the figure 4a the area of drilling pipe presented which have relatively small size but simultaneously very sharp shaped non-uniformity of stressed state of metal: at first the readouts of IN-02 indicator are quickly lowered, when quickly heightened, and finally turned back to initial level. This is point out to the opposite mechanical strains are occurred in given case, which are succeed to be eliminated for one cycle of electromagnetic treatment of metal (see result on the figure 4b).

In difference of previous case considered the average level of metal stressed state in result of electromagnetic treatment is almost not changed because its redistribution the opposite strains are mutually compensated each other. 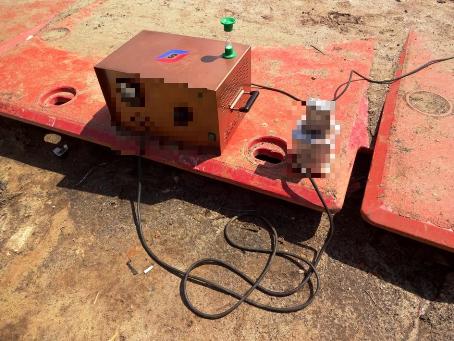 On the figure 5 the photo of working prototype of electromagnetic treatment instrument for metal stress and stress relaxation presented which is surely proven its efficiency in the real field conditions.

At present in the laboratory of «Spector» Sci-Tech LLC the electronic power management unit for electromagnetic treatment instrument is being designed on the base of new electronic components, owing to usage of which it succeeded to reduce the weight and size of the instrument for more than 5 times.